Bill Bixby (January 22, 1934 − November 21, 1993), was an American actor, director, producer, and frequently appeared game shows. His career last over three decades on stage, film and television. Some notable rolls where on “My Favorite Martian” as Tim O’Hara, “The Courtship of Eddie’s Father” as Tom Corbett, and probably the most famed was, Dr. Banner in “The Incredible Hulk”.

Per Barrett Jackson’s description of the Typhoon:

Lot #345.1 – This car was purchased new at Thorson GMC Truck-Buick Motor Company in Pasadena, CA, by actor Bill Bixby, and was owned by his family until 2009, when it was sold to a private collector. This car is original and unmodified with 16,664 actual miles (title reads mileage exempt). The Typhoon is powered by a 4.3-liter turbocharged V6 engine with intercooler backed by a 700R4 automatic transmission and is equipped with anti-lock brakes and all-wheel drive. This car has had no previous paintwork, and features a leather interior with bucket seats and an automatic shifter in floor with a console. This Typhoon includes its original documentation and keys, and has a clean CARFAX history. 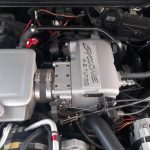 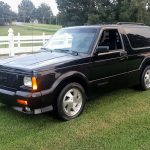 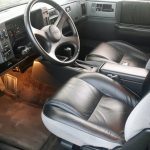 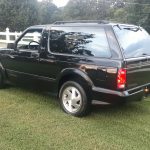 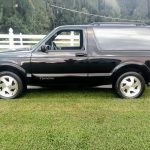 In 2018, a 1993 Typhoon with 31k miles previously owned by Clint Eastwood went through Mecum Auction and was only able to bring $25,300. This brings up an array of questions of how there is a $35,000 price difference and if being a celebrity owned truck plays any factor into value –  Clint Eastwood wins the popularity award over Bill Bixby by a long shot, the auctioneers (BJ vs Mecum), the location of auction, or time of year are some things to consider.

Overall, looks to be a clean example of a surviving low mileage 92 Typhoon. The only major notable item we can see is that it doesnt not have the stock Firehawk SVX tires anymore. We can only hope that the new owners continue to care for it and keep it in its state of mint condition.