A recent sighting was posted on the ISTR Group FB Page with the man himself, Clint Eastwood as he was climbing into his green/gray 1993 GMC Typhoon. 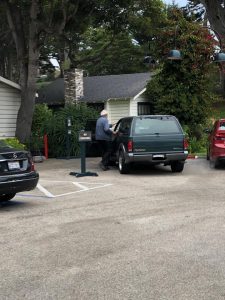 This picture was taken on the Warner Bros. studio lot where Eastwood’s office for his production company Malpaso is located. He is walking from his office in the picture.

For those who keep up with celebrity SyTy sightings, know that Clint is no stranger to Typhoons having owned several and openly speaking about daily driving one on The Late Night Show with Jimmy Fallon. Fallon asked him what he drove and Eastwood replied, “GMC Typhoon. It’s a turbocharged V6. It’s fast.”

Ellen Degeneres has also showcased Eastwood’s Typhoon during a show when she called him out about his double parking during a game she used to play called, “Clint Eastwood’s, So You Think You Can Park”.

If you ask us at ISTR, we feel Clint can park however he damn well feels, especially at his own office.

This particular Typhoon is the same one Eastwood has been driving now for many years and is the one he is most commonly sighted in. We are unsure if this is the only one he currently owns or if he still owns multiple trucks.

Recently, a 93 green/gray Typhoon came up for auction at Mecum Auctions which was previously owned by Eastwood. Around 2000, the truck came up for sale at a local dealership in central Florida. Syclone owner Adam Ribakoff saw the truck in person and was able to verify it was truck #0195 and noted it still contained Malpaso Production paperwork in the glovebox. At the time, the truck had around 20k miles on it. It sold in a short time amount of time from the dealership and the location and ownership went unknown until appearing at Mecum Auctions in Kissimmee Florida in 2018.  The truck gained very little mileage since it disappeared from the dealership 18 years earlier showing 31k during the time of auction and still containing the key Malpaso Production paperwork linking it to Clint Eastwood.  Even though the truck was hyped up as celebrity owned the final selling price came in at $25,300. It is up for discussion if the truck is valued more due to its previous celebrity ownership…after all, it’s still a stock production GMC Typhoon. We think its within target range of value for a stock 31k mileage truck previously owned by an American badass. 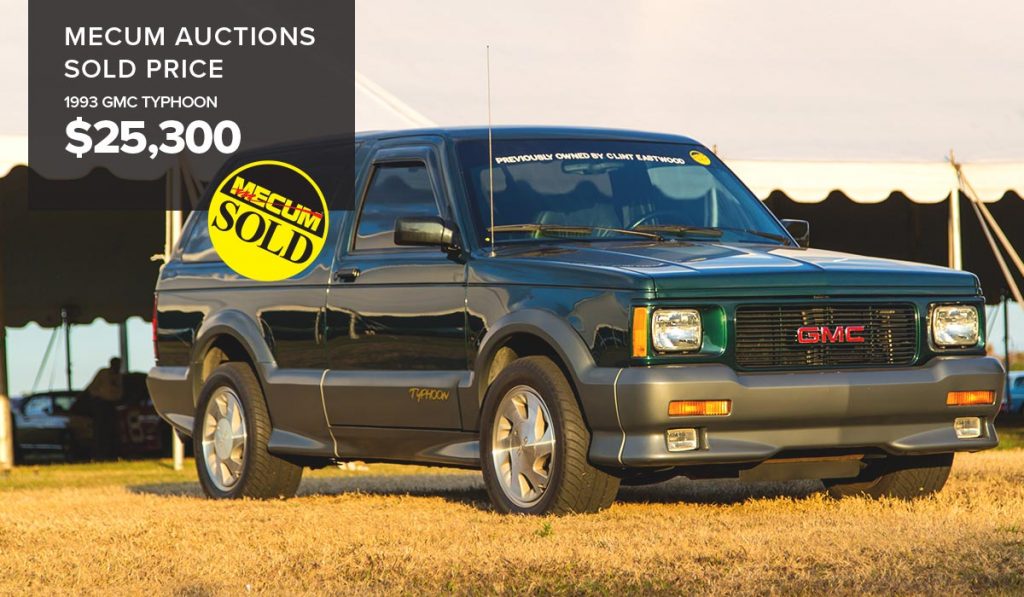 One of Clint Eastwood’s movies, Absolute Power (1997) has a scene where a green Typhoon is being driven. There has been no official evidence that truck #0195 was the actual truck used in the film as Clint has owned more than 1 green/gray 93 Typhoons. 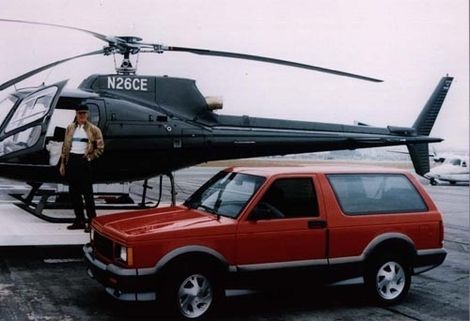 We love Clint Eastwood Typhoon sightings and this probably wont be the last. It seems his love for the trucks has never faded over the years and even though his net value goes into the millions, the man chooses to drive in true 90s turbocharged style. Hell yeah Clint!