The Hottest Truck in the World. The Marlboro Editions are considered among owners as the top collectable variations of the Syclone trucks. With its...

The Hottest Truck in the World.

The Marlboro Editions are considered among owners as the top collectable variations of the Syclone trucks. With its bright red paint, custom graphics, and uniquely styled targa top, the Marlboro Syclones have always commanded top tier pricing and been considered a trophy truck to own by many owners and enthusiasts. The Marlboros were part of the production 2995 unit-built Syclones in 1991.

The Marlboro Edition Syclone was the grand prize for ten winners of The Marlboro Racing ‘92 Contest held in mid 1992 with the winners notified in September of that year.  A letter sent to the winners had claimed more than 85,000 entries were received which was much lower than a previous giveaway contests (Camaro and Corvette).  Due to a drop in entries, the promotion was never repeated. All 10 Marlboro Syclones were claimed by the winners.

The Marlboro Syclone custom features include:

The 10 stock Syclones were provided to American Sunroof Corporation (ASC) and started out as standard black production trucks that were purchased by Phillip Morris Inc. for the conversion. With the help of Larry Shinoda Design Associates, Inc. – the designer behind the Corvette Stingray and Boss Mustang, and in conjunction with Phillip Morris, Inc., each of the 10 Syclones were then customized and transformed into the “Marlboro Syclone” for the contest giveaway. ASC contributed the most significant and most eye catching physical alteration – converting the cab to a T-top with a fully removable targa cover panel, which can be locked into a specialized frame bolt into the bed and stowed away when you want to enjoy the sunshine on your face while driving. Goodyear Eagle GS-C tires were wrapped around Boyd Coddington “Cobra” billet wheels with black centers, polished lips and a small red and white Marlboro Racing logo in each wheel center. PPG supplied the “Hot Licks” DBC Concept 2000 paint (Marlboro red if you will) and Concept 2020 clear. The C.R. Laurence company provided a PowerLite retractable sliding rear window, and Guidon provided the lockable hard tonneau cover, which replaced the standard soft tonneau cover. Graphik Concepts Inc. provided the white stripe graphics package and lettering. The truck included a stainless Borla exhaust, a BellTech 3-inch-drop kit, and a Prompaq Adaptive Technologies security and performance computer system which was mounted on the passenger’s side kick panel. Inside the interior, a Momo Evolution steering wheel replaced the stock unit, and leather Recaro seats with five-point Simpson racing harnesses where installed to keep you planted security and safely. A Sony sound system installed by Pacific Audio and Alarm rounded out the mods to an otherwise stock Syclone. No motor modifications where made and all Marlboros retain the same standard 4.3 turbo powerplant as the production Syclones.

There is no evidence that these particular 10 trucks had any speciality equipment or features beyond the standard manufacturing of the Syclone BEFORE they were transformed into Marlboros (again, these were stock production trucks), and were just the batch of available trucks that were purchased by Phillip Morris. It is documented that Phillip Morris purchased the Syclones from GM at a reduced price of $10,000 each. Out of the 10 trucks, 9 were left untitled coming directly from GMC, while the first Marlboro to be built (VIN #2992) was purchased by Phillip Morris, Inc and is listed as being the first titled owner of the truck. This truck would be used for promotional pictures and later during a parade lap where Rick Mears would drive it at the Marlboro Challenge CART Indy Car race in Nazareth, Pennsylvania, in October 1992 and sign the glove box door. 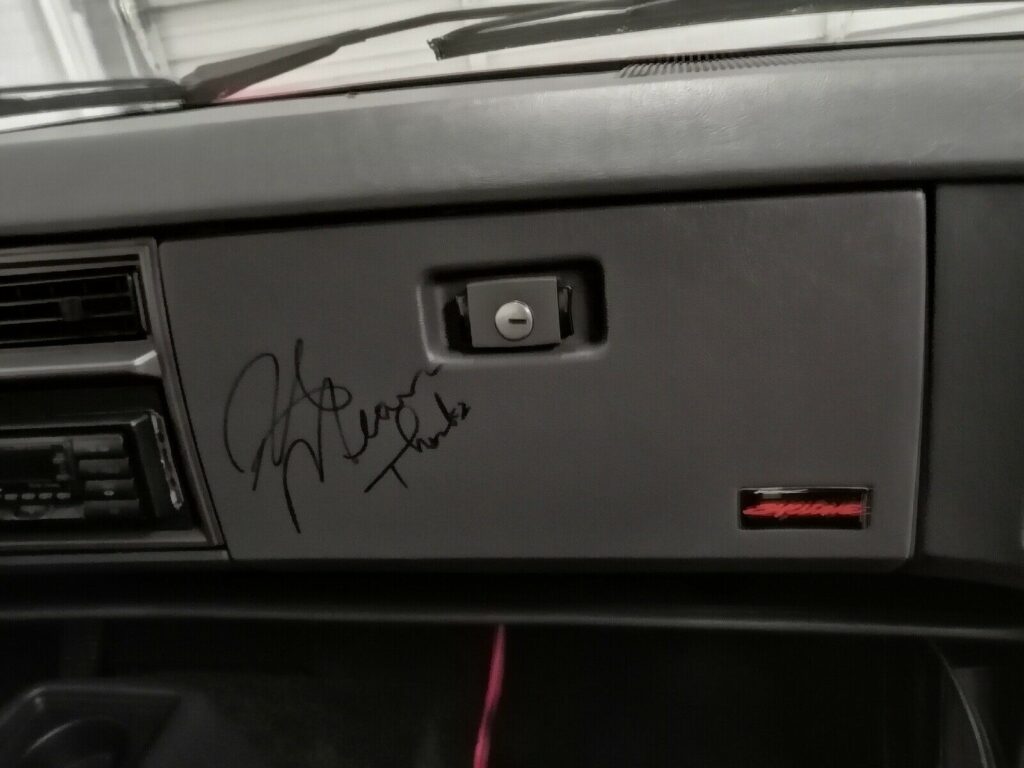 The 10 grand prize winners of the Marlboro Sweepstakes not only won a 1991 GMC Syclone Marlboro Edition, but were treated to an all expenses paid day of racing alongside the Indy racing team and pit crew with a VIP access and tours, pit passes, photo session with the Marlboro Indy team, and a prize pack full of various Marlboro apparel.  After the raffle had taken place and the trucks claimed by the winners, Phillip Morris had each truck delivered to an allocated dealership nearest to each winner’s residence.  It is documented with Phillip Morris that dealer delivery change orders on some trucks had to be made due to change of address with some of the winners. At least 2 of the 10 Marlboro Syclones were immediately sold due to the luxury taxes and fees each winner was responsible for upon pickup. Over the years, all of the Marlboros have been sold privately or have been auctioned through well known auctioneers Barrett Jackson and Mecum and have seen multiple owners. None of the original sweepstakes winner still currently own a truck.

The following VINs (listed in order) are documented as Marlboro Syclones:

The popularity of the Marlboro Syclone is such that even Johnny Lightning, makers of 1:64 diecast models picked up the design and released a few versions using their existing GMC Syclone casting. Part of JL’s Xtreme 90s Muscle Series, there are 2 variations available – one being the standard red color way and a reversed colorway where the body is white and the decals are red.

In 2020, Hot Wheels released their 1:64 version of the GMC Syclone and included a Marlboro version in their Premium “Car Culture Power Trip” collection. It is Number 5 of 5 in the series which also includes an 87 Buick Regal GNX, Plymouth Barracuda Hemi, Custom 72 Chevy Luv, and 2018 Dodge Challenger SRT Demon. Collectors have been able to find them in various stores such as Walmart, Target, and Dollar General.