When the name Jay Leno is mentioned, most think of his comedy and late night show host career, but if you’re a car enthusiast, you immediately think about his love for the automotive history and his expansive collection of vintage and modern vehicles.  So it should be no surprise that among his collection is a 1991 GMC Syclone #1133! 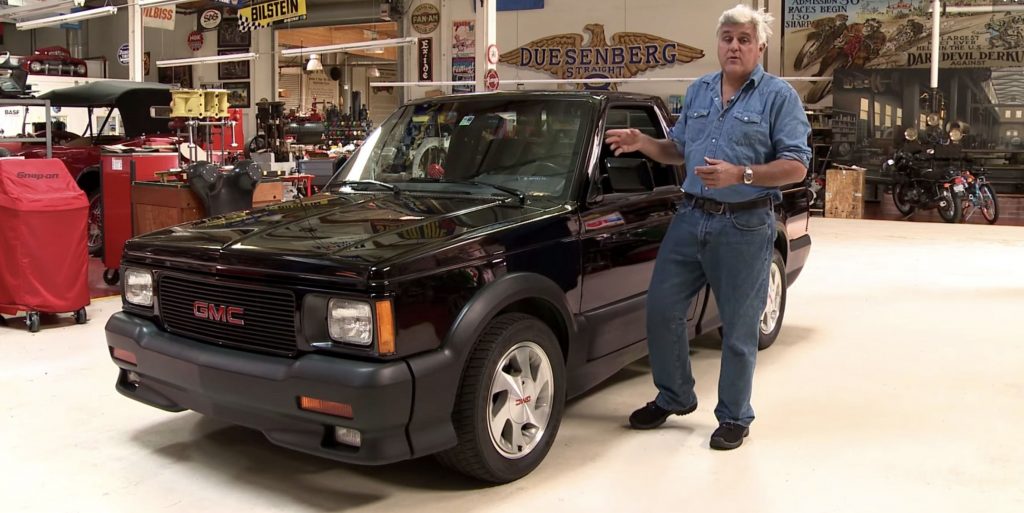 Of course, we couldnt be more pleased to see him feature his Syclone and talk a bit about the truck itself claiming he drove it daily for years and then taking it out for a spirited drive where he continues to discuss some of the highlights of the truck and its driving characteristics. While some information Jay speaks of is a bit skewed – he owns hundreds of vehicles, so knowing 100% exact info on each is an easy oversight – he seems to hold the truck in high regard for its uniqueness and history of one of the quickest production trucks ever made.

While Jay doesnt speak about it in the video, the unconfirmed story regarding him buying the truck that has been passed around the SyTy group for many years now is that Jay was Xmas tree shopping and the tree he was wanting to purchase did not fit into the vehicle he brought. A GMC dealership was across the road to which Jay walked in, bought the Syclone and proceeded to load up the tree and take it home. While this story has never been fully confirmed, it does seem to fit Jay’s persona and comical lifestyle that he would make an overzealous purchase of a truck just to bring home a Xmas tree for the family.