Back in December 2019, ISTR reported that the famed and record holding LSR (Land Speed Record) Syclone had made a southern move from its long time home in Michigan to Florida by the Motorsports Hall of Fame.  With very little information on exactly where the LSR Sy had been relocated, it was assumed the location was close to the Daytona Beach area where the Motorsports Hall of Fame is located in Florida. 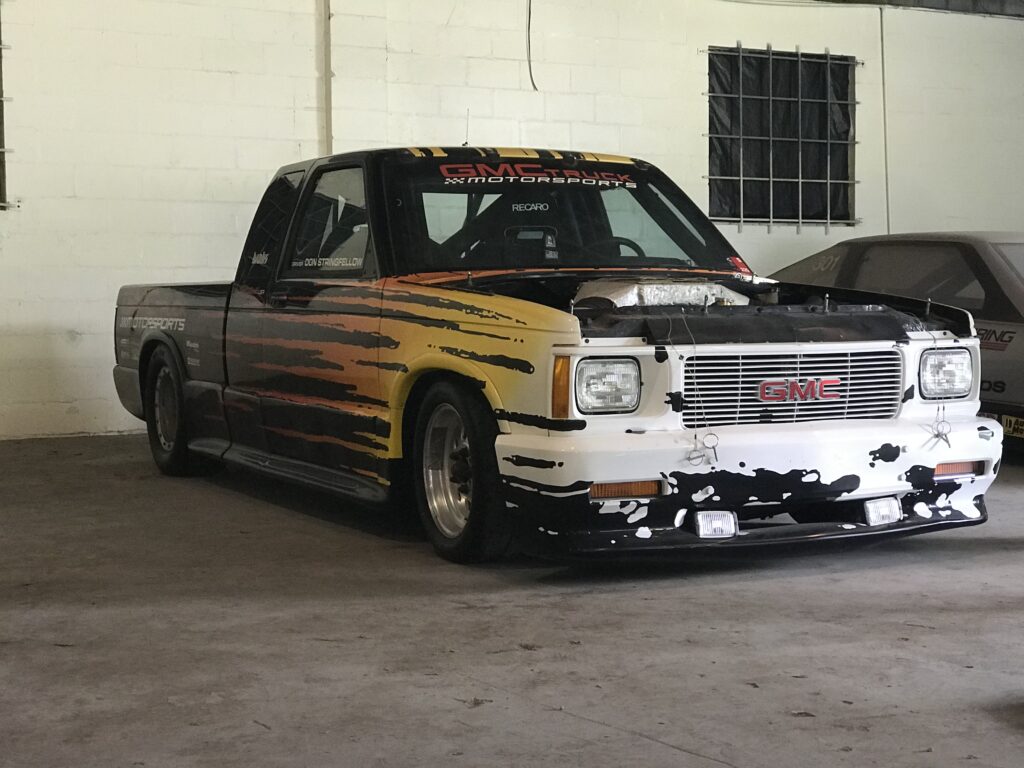 The search was on to find where the LSR’s new Florida home was set in motion. After 8 months, ISTR is proud to be the first to announce it has been located.  Today on Friday, July 17, 2020, ISTR members and committee representatives Adam Ribakoff, Tom Mandrov, Dennis Harmon, Zain Bassage, and Nate Kent where treated to a private visitation to see the LSR Syclone in person after a very long time in storage and away from the public eyes.

Built by Gale Banks and driven by Don Stringfellow, it’s been over 31 years since the LSR Syclone broke records as being the fastest pickup and first pickup to break 200mph at the Bonneville Salt Flats. While some information has been available and documented over the years, there is still much to learn and further research regarding the history and story of the LSR Syclone. Now that the truck has been located and access has been granted to continue to document it, we will be able to collect more data than has ever been previously allowed.

There are still details to be worked out but we will be working diligently to put together as much information and historical data in the next few months that will be available here for all to access and read.  We will be posting more updates soon as there are some plans being set up with the truck to further document its history.

Thank you to Ken Debol for the initial notice of the LSR’s relocation. A very big and appreciative thank you goes to the Motorsports Hall of Fame of America for allowing us to visit their facility and enjoy a piece of their collection.