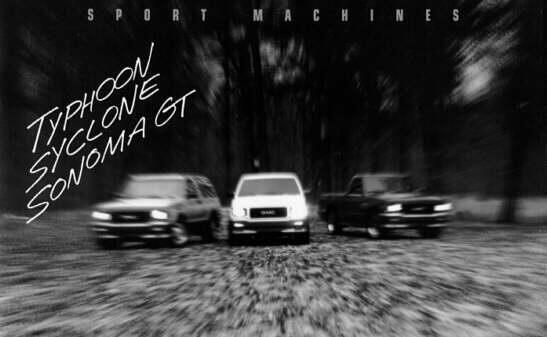 In the early 90s, the definition of performance and power was held mainly in the sports car category. During this era, the familiar companies... 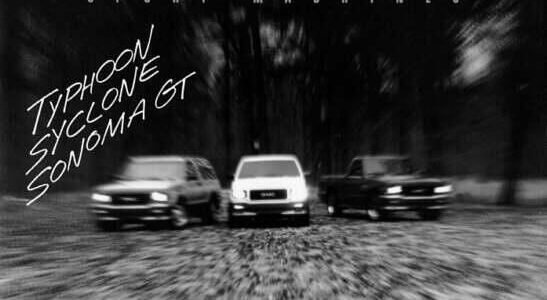 In the early 90s, the definition of performance and power was held mainly in the sports car category. During this era, the familiar companies such as Ferrari, Lamborghini, Porsche, and even Chevy with its ZR1 Corvette were paving the way for automotive performance.

Mention the words “pickup truck” to most anyone and immediately they will think about hauling heavy loads, farm work, and a utility vehicle for work. And while the mini truck scene had been well established at this point, it mainly consisted of wild paint schemes, lowered suspensions, and outrageous stereos. But the idea of performance out of a truck? Unheard of in the 90s.

The idea to purposefully make a production pickup truck into anything beyond doing blue collar work was considered absolutely absurd at the time. That is, until one manufacturer decided to look outside of its “vanilla” boundaries and set out to do what no other company had considered – a pure performance based pickup truck. Under the direction of Project Manager Kim Neilson, GMC Truck Division would form a partnership with Production Automotive Services (PAS), the same company involved with building the famed 1989 3.8L V6 Turbo Trans Am. The arena was set to make a nonsense idea into a reality.

Welcome to your introduction to the Sportmachines.

The 1991 GMC Syclone and 92-93 GMC Typhoon trucks are considered the high-performance variant based off the 1st generation 4×4 Sonoma and Jimmy platforms. Additional to the both the Syclone and Typhoon, the 1992 Sonoma GT (built upon the 2WD Sonoma platform) was also introduced into the lineup which made up the Sportmachine trio.

Only a limited number of each truck was produced not only making these trucks rare but an instant collectible. A total of 2,995 Syclones, 4700 Typhoons (92 and 93 years combined) and 806 Sonoma GTs were ever produced.  While the Syclone was only offered in black, both the Typhoon and Sonoma GT came in a variety of color combinations offered by GMC. For 1992, the Syclone was slated to be available with color options, however due to the project being cut, the 1992 year Syclones never saw full production. Only 3 prototype/pilot 1992 Syclones were produced. 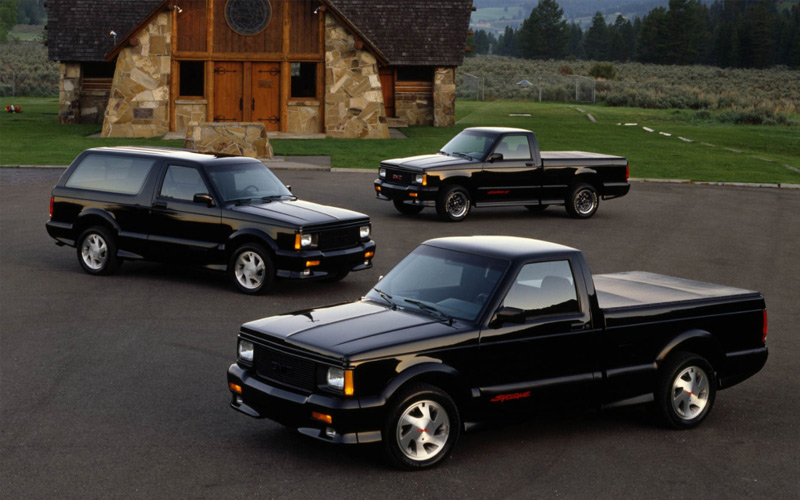 As quickly as the trucks came onto the scene, production quickly ceased only after three years ending in 1993 with the Typhoon. This short lived production was attributed to a variety of factors such as slow sales and the tooling cost it would take to update to the new Generation 2 styling that would be released in 1994.

To read more about the Sportmachines: