19922 19931 cloth1 escutcheons1 GMC17 leather1 PAS5 syty tech3 Typhoon25
The GMC Typhoon was the successor to the Syclone, but unlike its pickup truck brethren, the Typhoon saw 2 years of production with 2497...

The GMC Typhoon was the successor to the Syclone, but unlike its pickup truck brethren, the Typhoon saw 2 years of production with 2497 units built in 1992 and 2200 units built 1993 before making its mark in the history books as one of the fastest SUVs ever made. Even shortly after production stopped, the line was drawn the owners & enthusiasts took sides. Long have owners of Typhoons argued which year is the superior to the point where memes have been created, sarcastic jokes made, and groups of people pledge their loyalty and will strongly defend their choice of year.

We often see enthusiasts asking what the differences are and if you are looking to become a future owner, it should be part of your research going into a purchase.  To the untrained eye, the 92-93 Typhoon appears to be the same truck, but those who are familiar with the sporty turbocharged SUV know much better and the differences between the 2 years go much more beyond just a variety of available colors. Some differences are more obvious while others are much more subtle and easily overlooked.

While this is an incomplete list, it does cover all of the major and most of the minor visual variations you will find between 1992 and 1993.  If you have an item we missed, contact us so we can add it to the list!

The Typhoon was built off of the GMC Jimmy 4×4 platform. Both year trucks have the same exact cladding, rims (center caps featured silver painted GMC letters), and one piece grille design. 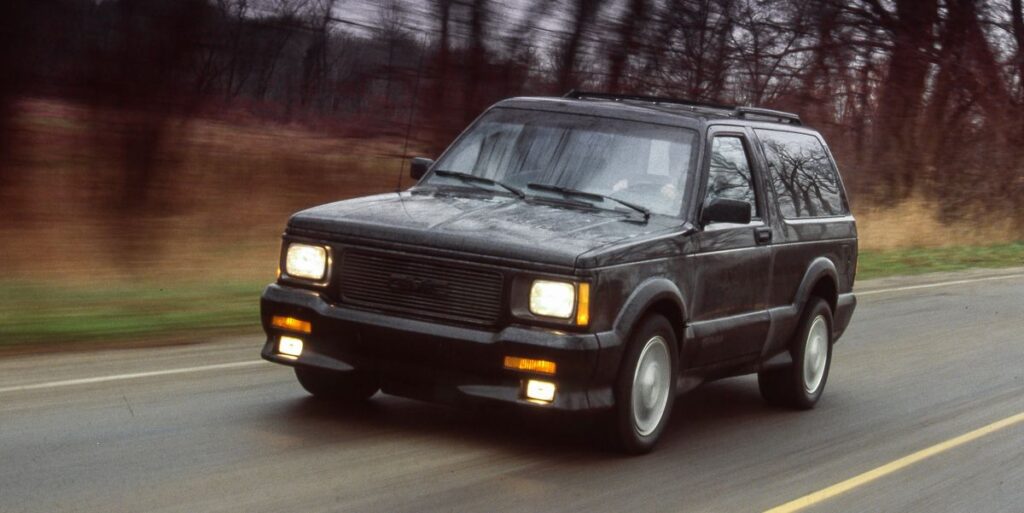 The Typhoons shared the interior items such as dashboard, gauge cluster, center console, and steering wheel. Most of the differences came with the seats, leather trim and accessories: 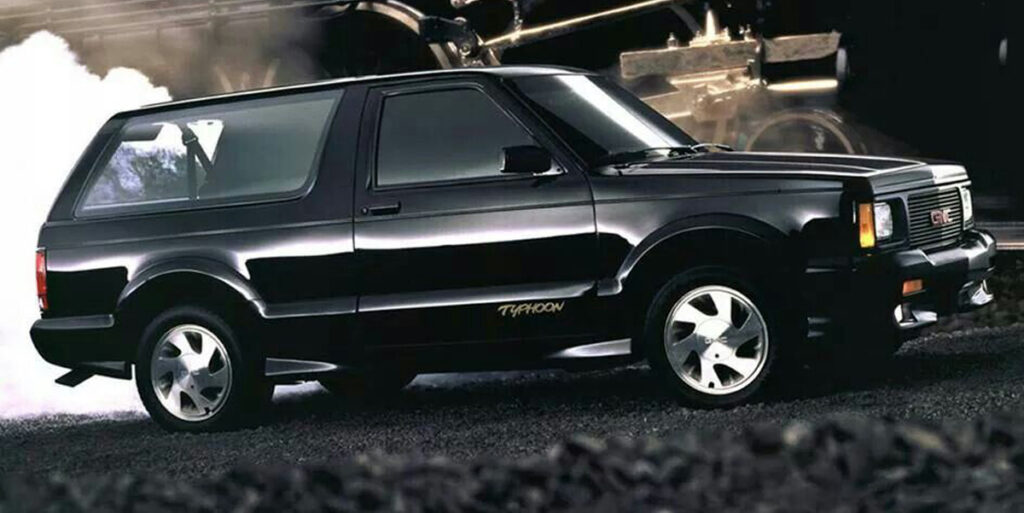 So there you have it. The most comprehensive list of the major differences between the 1992 and 1993 GMC Typhoon. The most notable differences come from within the interior and exterior color variances. Hopefully this list will help assist in better distinguishing a Typhoon’s production year based on some key features.

Will this list decide which one is better? That is ultimately your choice to determine which year your loyalty lies. Will the battle ever end and a year finally be declared a winner? We certainly think not and the clash of 92 versus 93 will rage on until the end of time between owners and enthusiasts.