The 1989 GMC Syclone concepts began on October 27, 1987 in the art studios of GMC Truck. Under the direction of Assistant Chief Designer...

The 1989 GMC Syclone concepts began on October 27, 1987 in the art studios of GMC Truck. Under the direction of Assistant Chief Designer Kim Neilsen, artist William Davis drew an idea of a conceptual truck from Kim’s imagination.

Based on the existing S15 platform, the concept sketch features mesh style rims, a body kit, and integrated fog lights. The finished sketch was then presented as an idea for a future production truck. Ultimately, it took two years before being approved by GMC. Finally, what started as an idea on paper started turn into reality in 1989.

For the concept build, GMC used a familiar power plant. The turbocharged 3.8L V6 found in the legendary 1987 Buick Grand National was set into the engine bay. For the drivetrain, an Astro Van AWD system would be used. GMC took the completed concept truck to unveil at the January ’89 Chicago Auto Show. Surprisingly, it generated favorable interest and left people wondering if a production version was coming. 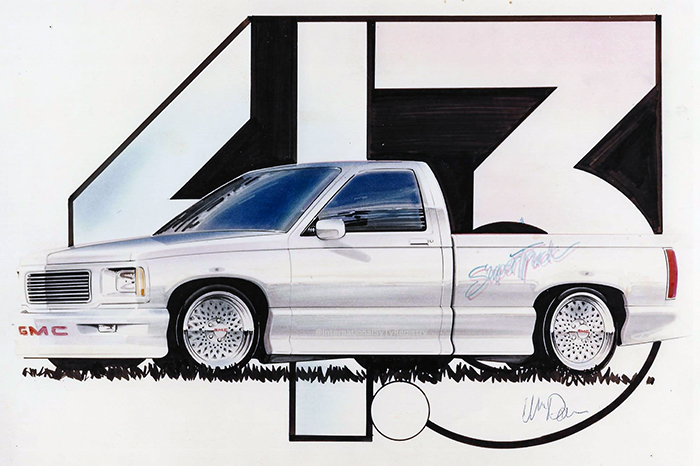 GMC Truck set out to impress. Keeping in-line to concept, the truck included a flush tonneau cover and built in wing for the bed. The body was sprayed in pearlescent white paint with hand painted striping. Monza tipped dual exhaust outlets were used for an aggressive look. The interior was trimmed out in red and black. The Syclone concept truck was GMC’s interpretation of a future high performance truck thus helping to kickstart the modern sport truck revolution.

Even as a concept, the truck boasts features that you now see in the production Syclone. Items such as a center console, integral front bumper with built in fog lamps, and sport bucket seats with lumbar support made it into the final design of the 1991 GMC Syclone. 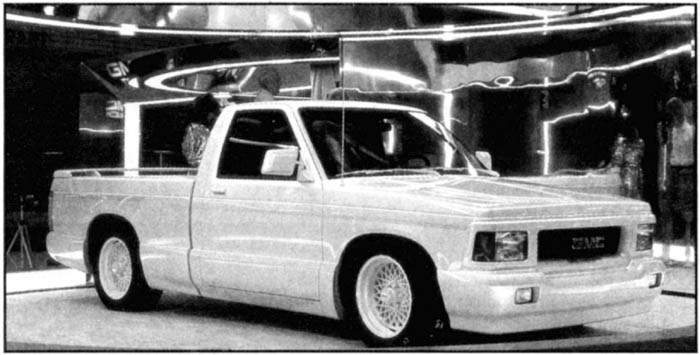 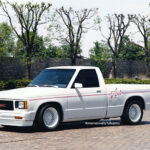 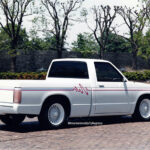 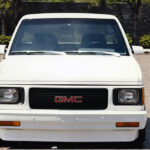 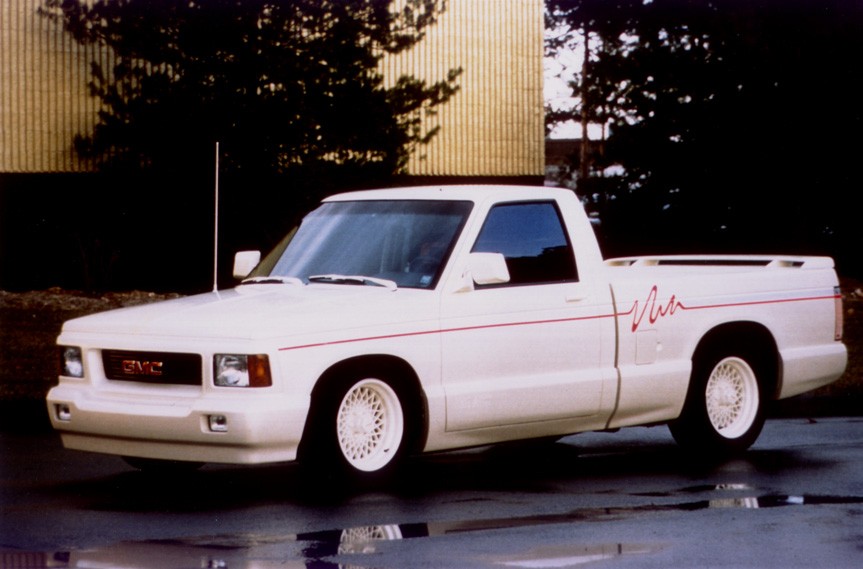 With an announcement of nearing production, a second version of the 89 GMC Syclone concept was released and displayed at the SEMA and LA Auto Show. This time however, the truck was showcased in a monochromatic black paint job. Of course this would later become to be the production Syclone’s signature look and only available color.

The black concept truck revealed even more information that the GMC Syclone was nearing production. The promotional display description listed more features and performance items. In spite of the initial concept build having a 3.8L V6,  a major change for production was made. The truck was to be powered by the 4.3L turbo V6. The truck kept the AWD drivetrain. The focus was to build the truck at a performance level that surpassed even top level platforms. 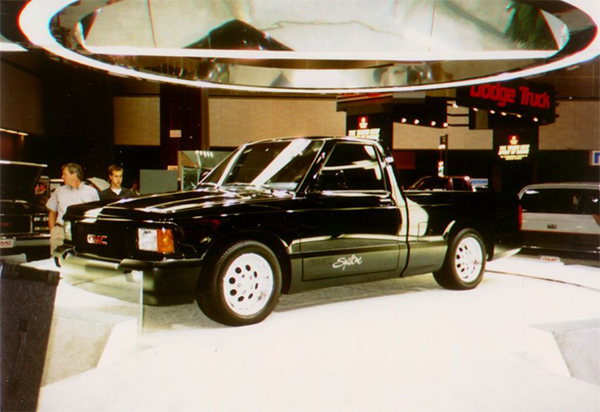 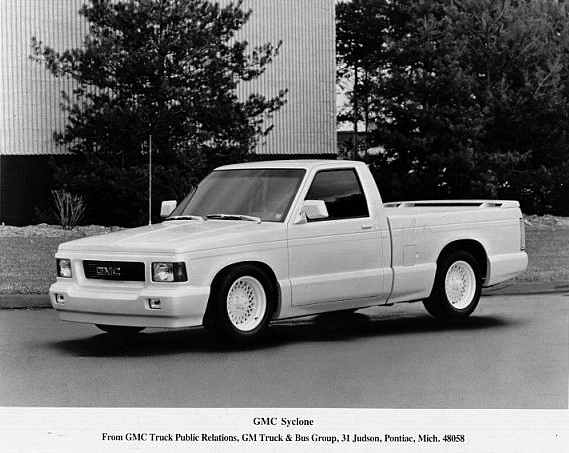