The famed 1992 GMC Sonoma GT known as Syborg Twin Turbo recently rolled onto the auction block at the Dallas 2019 Mecum Auctions for a final bid at $48,000. 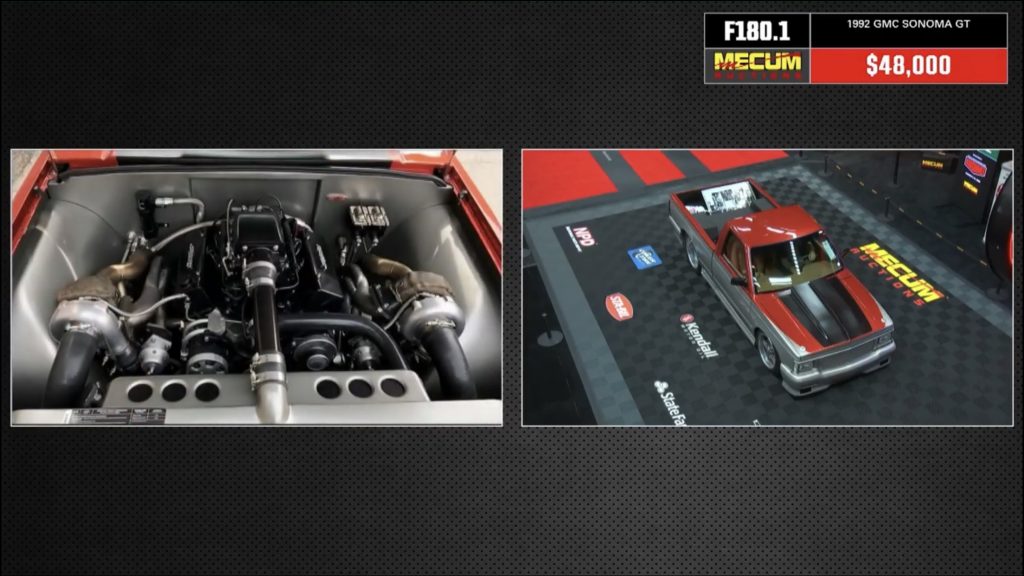 Completed in 2010, the Syborg truck was a build that took over many forums and truck related sites and magazines by storm when Marty McGuire, a well known Syclone/Typhoon owner and historical enthusiast of the trucks took a beat down 1992 Sonoma GT and transformed it into a show stopping ground thumping beast of a truck.  The Sonoma GT was part of the Sportmachine collection with the Syclone and Typhoon however did not come fully equipped as its brethren with only having a standard the non turbo 4.3 V6 and a much more toned down body cladding compared to the SyTy. The SGT did share almost the same interior as the Syclone with major differences being no embroidery on the seat headrests and a slightly different gauge cluster with missing boost gauge due to a non turbo application. 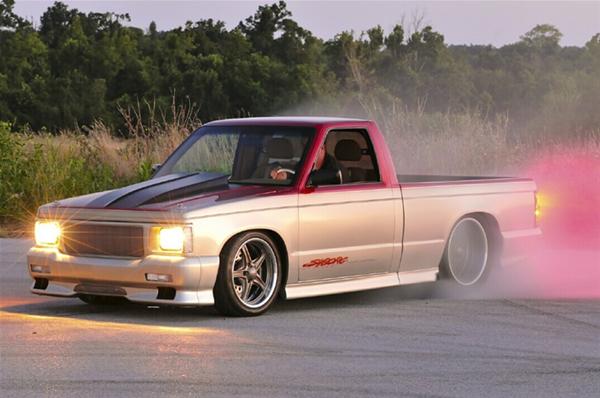 Nothing was spared when it came to customizing the truck from its twin turbo V6 powerplant down to the detailed paint work it wears. With only 806 Sonoma GTs ever produced in 1992, Marty took an already rare truck and skyrocketed into a one of a kind truck.

Syborg Twin Turbo is no stranger to auction blocks however and its only been a short while since its last time on the stage. Back in October of 2018, Syborg was put through the Barrett Jackson Auction with a final bid of $44,000. Since it’s completion, Syborg has seen several ownership changes over the years. 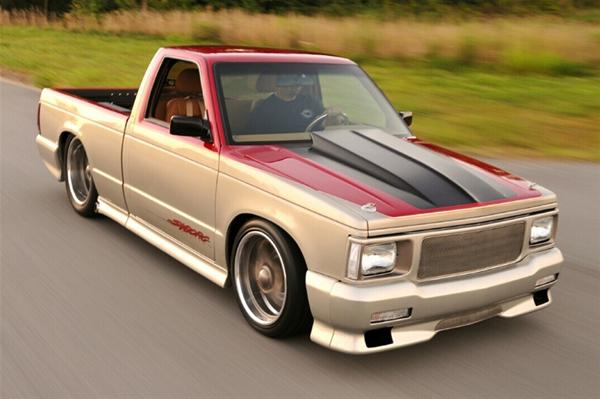 ISTR was a bit surprised to see that almost immediately it crossed the auction block during the Dallas Mecum auction, it was put back on sale on Facebook with the auction bid winner! It is also been disclosed that it is already on ebay too with a starting bid of $49,000 and a buy it now price of $65,000.  The price initially was set at $85,000 but has since been edited to $65,000 on the FB page.

looking for trade Syborg! 1992 Sonoma gt full custom truck. Sema $280k build. 4.7l twin turbo. Best of the best. Bought at mecum. Looking for a pro-tour chevelle or similar. Multi magazine features, I can’t stress enough how amazing of a build this is. Pics don’t do it justice. This was articled in 9 magazines and is like a new truck. Full chassis and a 100% show winner! Thousand of build pics and articles below. 8 year project
http://syborgtwinturbo.com/pictures/

I’ve put it on eBay at no reserve below my cost. Get it while you can.

So the tail of Syborg continues. Will she ever find a forever home? Will someone finally take ownership, drive her, roast the tires, and show her off properly for the rest of the car enthusiast world to enjoy?  Time will tell….we hope that right buyer is out there that will take her, love her and keep sharing her for us to drool over.